As with other trademark practitioners, I can’t stop thinking about MISTER FLUFFY, a trademark allowed to be registered by the Trademark Trial and Appeal Board in part because the opposer, Tootsie Roll, failed to properly make its trademark registrations of record. 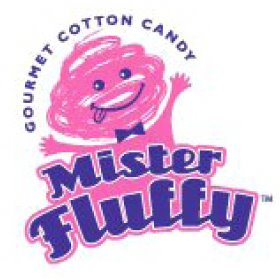 The TTAB denied Tootsie Roll’s opposition, not on “substantive” grounds (that is by comparing the likelihood of confusion under 2(d) of the Lanham Trademark Act) but rather because Tootsie Roll failed to prove priority in the mark, even though Tootsie Roll owned federal trademark registrations for FLUFFY STUFF and FLUFFY STUFF COTTON CANDY PUFFS for the same goods and services MISTER FLUFFY was being registered for.  Why? Because, when you put in “testimony” before the TTAB (which is just submitting documents, depositions, exhibits, and other information on paper), to make a trademark registration properly of record, the proponent must either (a) provide photocopies of printouts from the USPTO’s TESS and TARR databases (for all proceedings started after August 31, 2007) with the initial pleading (notice of opposition or petition to cancel), or (b) provide “status and title” copies of the registration, which must be ordered specially from the USPTO, or (c) provide live witness testimony as to the status and title of each registration. (Rule here (pdf).) Over and over again, trademark attorneys forget about or ignore this rule, resulting in many (pdf), many oppositions (pdf) and cancellation proceedings being dismissed.

But the violation of this rule is so clear, wouldn’t an attorney’s failure to either attach the TESS and TARR records on the initial pleading or procure a status and title copy of the registrations amount to malpractice?  It would seem that recklessly violating a clear rule of the TTAB, which has been subject to so many TTAB opinion, could constitute a violation of the duty of care.   I suppose there are two stumbling blocks for clients whose attorneys dropped the ball.  First, to be successful in legal malpractice, a disappointed client must prove that the attorney’s violation was the but-for and proximate cause of losing the case.  Because TTAB opposition proceedings in which the senior user’s registrations are at issue are often based upon (a) priority, and (b) a likelihood of confusion, and because likelihood of confusion is extremely fact specific, based upon a multi-factor balancing test, and is presented to a board that believes that each proceeding is decided on its own facts of record, it would be very difficult to prove that, but for the registration, the opposer would have won.  Second, a critical element of malpractice, like any negligence action, is damages. Because the TTAB does not have jurisdiction to decide whether infringement has occurred, or even whether any particular user is entitled to use a trademark in any particular situation, but rather whether an owner has the right to register the trademark, I would think it would be nearly impossible to measure damages incurred by the junior user’s subsequent registration of a confusingly similar trademark. (That’s why injunctive relief is most common in trademark infringement cases that don’t involve counterfeiting.)

So, trademark owners, don’t be a MISTER FLUFFY, be a Mr. Powerful, and make sure you (or your counsel) properly places in the record the apropriate registrations.